This is a repost of material that originally appeared on October 7th. Enjoy!

I realized this morning that I am consistently inconsistent. One week I may go on a diet and be completely dedicated to losing weight, and then the next I may eat dessert at every meal and have fast food for lunch every day. Two or three weeks later, I find myself back at square one. I have come to the conclusion that I do not know how to be consistent.

I have this sneaking suspicion that this affliction of inconsistency does not merely affect me. After all, there is a whole section of music built around the notion of inconsistency. Ever heard of “One-Hit Wonders?” Once you sift through all the “Who Let the Dogs Out” and “Kung-Fu Fighting” singles, you realize just how significant these tunes were to their appropriate generations. So, why have we not heard any more of their music? Because the culture changed. The singles were a hit one day, and then the next day they were not. Inconsistency. This happens repeatedly in the music business, which is why the “sophomore slump” racks the nerves of every potential artist. They want to continue to be relevant; if they have a consistent sound, then that is at risk.

We see this in our everyday lives as well. The diet example that I gave earlier resonates with many of you I’m sure. Another part of inconsistency that I can relate to is in the job realm. As a substitute teacher, inconsistency is what I do. I may work three days one week and not work any the following week. Those of you in the freelance business can relate to this. Some weeks you think you can go out and buy a Lexus because you have so much work coming in, but you know that right around the corner you might have to eat Ramen noodles in order to pay for your cell phone bill. Ah, the joys (not) of inconsistency.

What’s so great about consistency anyway? Well, for many people (including myself), consistency equals balance. There is not too many out there who would deny themselves the opportunity to receive balance in their lives. Balance helps us to feel like we have some degree of control. Consistency means knowing what will happen next. After all, isn’t that the meaning of the word? It takes the weight off our shoulders. It relieves us of the pressure of the unknown.

When we go through a season of our life where inconsistency dictates, it is easy for one to crumble. All we focus on is the incredulous number of balls that we are juggling in the air. The blinders become more evident, and our field of vision narrows. But this is the period when we can actually control the direction our life moves toward. Pick one area of your life that you know without a doubt that you can consistently focus on. Maybe it’s reading everyday. Maybe it’s exercising everyday. Maybe it’s being a good parent everyday. When you become disciplined in one area, it tends to spill over (just like that bowl of soup you had for dinner last night) into other areas of your life. The art of inconsistency is that you can move from inconsistency to consistency with one little discipline.

This is a repost of material that originally appeared on November 23rd. Enjoy!

So, due to some unforeseen computer issues (are those ever foreseen?), I was not able to post yesterday. It’s probably for the better because I was not very confident in what I was writing about!

I want to talk about perspective today. Because I noticed something when I woke up this morning. After two days of working this week, I woke up grateful to sleep in late. I got up and started to make the coffee when the thought popped in my head. (Really it’s surprising that anything made it’s way into my brain that soon after waking up.)

Why am I happy to have a day off today when I was so ungrateful when I had nearly a week off last week?

And it hit me. Perspective. By Friday last week, I was ridiculously tired of sleeping in and getting up to do nothing. I even contemplated staying in bed all day. I literally had nothing to do Friday.

But today I woke up after having worked the past two days (and will be working for the next two weeks) with unbelievable energy and excitement for the day. Granted, I do have some things on my to-do list for the day, unlike last Friday. But overall, I’m significantly happier than I was last week. Perspective can play a big role in our thought processes.

Because I worked and feel accomplished, I can relax on a day off.

Because I exercise and take care of myself, I can enjoy dessert.

Because I studied hard, I can go out with my friends for the night.

Remembering Mary & Joeseph from The Work Of The People on Vimeo. 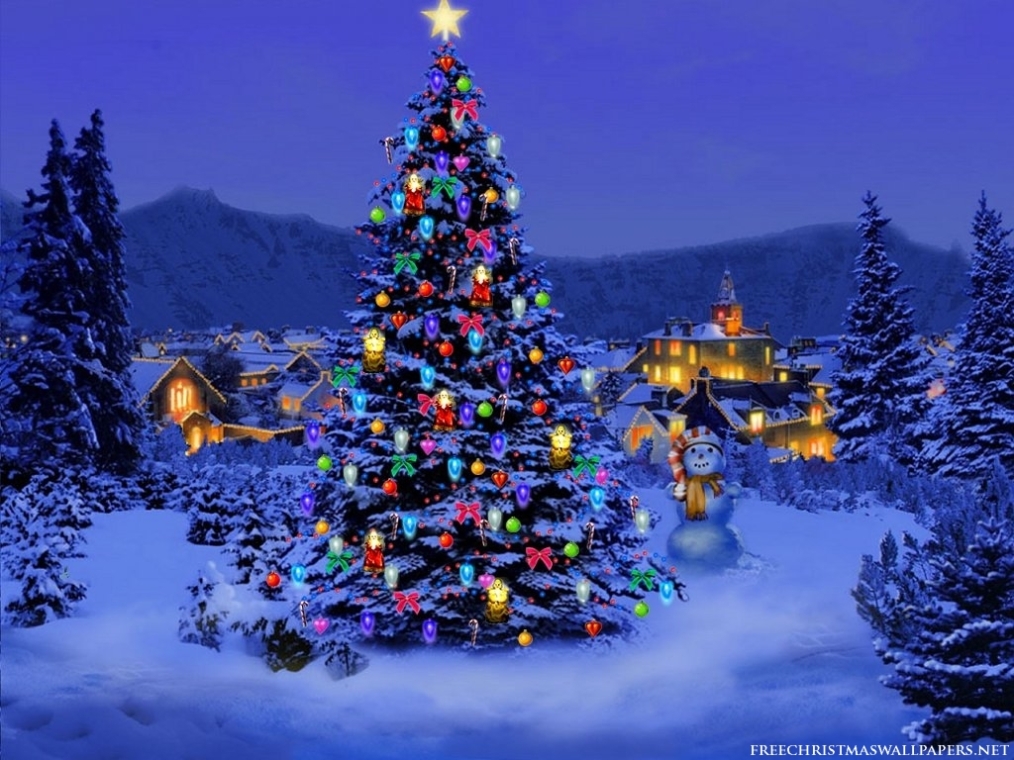 I don’t mail out the typical Christmas letter that lots of people do. So, to make up for it, I’ve decided to write one and put it up here. Go easy on me…it’s my first one:

We have reached the final days of 2011. It is going to be hard to recount the many adventures and memories that occurred this year, but I will do my best.

I completed my student teaching from January to April. I had a wonderful experience in the Kindergarten and 5th grade classrooms that I taught. I continue to substitute teach there whenever I am needed! This was the pinnacle of my undergraduate career at UAH. I technically graduated in May of this year, but due to the tornado outbreak in April (and the resulting power outage) the ceremony was postponed until August.

In May, Caleb and I made it out of town for a few days. We went to our favorite place…Orange Beach! After getting married there in 2009, it’s kinda meaningful to us. 😉 Then in June, Caleb’s whole family went on an adventure to Chattanooga to celebrate his grandparents’ 50th anniversary. It was a great trip…except for the Incline Railway, but that’s a different story entirely. In July, I had the awesome opportunity to travel to Cape Canaveral to witness the launch of the final space shuttle mission. What a trip! I got to mark something off my bucket list that trip, and I could not be happier!

Caleb continues to do amazing things at his workplace. He is such a hard worker, and they place more responsibility on him every day as a reward. He has also started his own company on the side with his dad, Trinity Farm Supply. Check them out on Facebook! (shameless plug)

I’ve been substitute teaching this semester because I’ve been unable to get plugged into a teaching position. I had a difficult time with this fact, but it’s not my fault because I have been trying hard to find one. I am still holding out hope that one will open up at the beginning of January, but I really don’t know what 2012 will hold for me.

Speaking of 2012, we have some things already planned that will challenge us and help us grow, and we still continue to dream and plan. We hope that your family will have an outstanding 2012!

There’s an episode of “Seinfeld” that I have always enjoyed. Granted, it’s still behind the Festivus and Soup Nazi episodes, but still…it’s a good one.

George Costanza is either fired from his job or quits his job (that guy has such a bad history with jobs…he needs to read Quitter). He decides that he is going to take the whole summer “off” and not look for a job until the fall. He calls it…in case you didn’t guess from the title of this post…”the Summer of George.” He plans on doing anything and everything he could possibly want to do. Sounds great, right? Wrong.

The scariest thing is…I’ve had several days where I do the same thing as George. (And I wonder why I’ve gained weight?!) Back to my original intent…

How do you get rid of the Summer of George curse? You get up off your butt and get to work.

And finish. (For more on finishing, read yesterday’s post about Finish Year and Jon Acuff’s idea. Wow, that’s the second time I’ve mentioned him in this blog…that could be considered kinda creepy. Nahhh, I’m just a huge fan, that’s all.)

**Just wanted to give you guys a heads up…after Wednesday, I won’t post any new content until January 2nd, 2012. Whoa, it feels weird typing that! I will be reposting some of my old posts and some neat videos, too. This Wednesday’s post will be special. Not giving anything else away!

As we start to think about New Year’s resolutions, I know exactly what mine will be. Lose 20 pounds. I have steadily been putting on weight since I got married…there are about a million reasons why that I can think of. Anyways, I am totally committed to doing this. And I’m not starting now because…well, there are too many Christmas goodies to consume before then!

Jon Acuff posted something interesting on his blog today. He is proclaiming 2012 to be “Finish Year.” Not finish as in Finnish, the language, but finish as in complete. He says we are great at starting things, but it’s hard to finish them. He asks people to join him in finishing something in the year 2012.

There is a soft spot in my heart for the prodigal son story. Located next to this spot is the area that loves romcoms, but that’s a different story. I decided to reread it yesterday morning because my life has kinda resembled the storyline lately. There are three parallels that I found:

Much like the prodigal son, I lost my way. During September and October, I was a little lost because I didn’t have much work. I felt a little useless and slipped away from God, which was dumb. But it was like I had no purpose. It was awful.

Also like the prodigal son, I found the way back home. After some work gigs and just some time to get a grip on myself, I like to think I came full circle. I was myself again, if you will. I woke up from the funk I was in. And what better time to wake up than before Christmas?!!

Finally, I feel redeemed. My absolute favorite part of this story is the fact that when the son is “still a far way off” the dad starts running towards him. Holy moley. Talk about pulling at the heartstrings. That’s how it is every time we get away from God for awhile. When we make the journey back to him, He comes running to us.

The Recreational Word Slinger
Create a free website or blog at WordPress.com.